True Grit meets The Road in this postapocalyptic psychological thriller--narrated by a young girl who has just learned that her adopted father may be a serial killer, and that she may be his next victim.

In the remote wilds of a ravaged land, Elka has been raised by a man who isn't her father. Since finding her wandering in the woods when she was seven, he has taught her how to hunt, shoot, set snares and start fires--everything she needs to survive. All she knows of the world outside is gleaned from whispers of a cataclysmic event that turned the clock back on civilization by a hundred and fifty years and reduced governments and technology to shambles, leaving men at the mercy of the elements--and each other.

Everything changes when Elka learns that the man she has been calling father is harboring a terrible secret. Armed with nothing but her knife and her wiles, she decides to escape his clutches and sets out on a long journey to the frozen north in the hope of finding her long-lost parents.

But as the trail of blood and bodies grows in her path, Elka realizes that daddy won't be letting his little girl go without a fight. If she's going to survive, she'll have to turn and confront not just him, but the truth about what he's turned her into.

‘One a’ them rules is don’t go trusting another man’s path…People do it, they do what their mommies and daddies did, they make them same mistakes, they have them same joys and hurts, they just repeating. Trees don’t grow exactly where their momma is; ain’t no room…I weren’t following no one up through life.’

Deep in the woods of what was once called British Columbia, 17-year-old Elka is struggling to survive on her own. After what she refers to as the “Big Damn Stupid”, the two wars that demolished the world that we know, this post-apocalyptic wasteland isn’t for the weak-willed. When she was only 7-years-old, Elka was caught in a massive storm and lost her grandmother but was taken in by a man she called “Trapper”, a man that taught her everything she needed to know about surviving and became the closest thing she could call family. When Elka discovers that “Trapper” a.k.a Kreager Hallet is wanted by the law for the deaths of many, she disappears thinking that she must be next. Her plan is to finally set off to find her long lost parents who left her with her grandmother to go in search of wealth, but her days traversing the woods alone get her mind racing as to the reasons why Kreager Hallet kept her alive all these years.

Her journey takes her north for many months. Seasons change but she continues to walk towards some unseen destination. Things aren’t easy and she constantly encounters obstacles but nothing she’s not able to find her way around, even with the law that is also searching for her assuming that she’s an accomplish for the murders. She even befriends a Wolf who undertakes the journey alongside her. Elka was an extraordinary character and one that isn’t seen often enough. Resilient, resourceful, with an indomitable spirit, she constantly proved herself to be immensely capable of dealing with any situation presented to her. When she’s forced to deal with other people and society, it was baffling to her that all women wouldn’t be just like her: able to take care of themselves in this harsh world.

‘I seen women take this kind a’ help from a man with a look a’ relief on their faces. I wondered if these women knew how much easier their lives would be if they did all this stuff for themselves.’

The comparisons between The Road and True Grit are apt. The world is a desolate place lacking in any redeemable qualities and has reverted to a Western style. Considering this was once British Columbia, it makes sense that individuals still speak French but to ones like Elka that have spent their life away from the company of people, she’s developed her own dialect that is decidedly Western. The language itself is fortunately effortless to read unlike other books I’ve read where new dialects have been created. The writing itself is fluid and promising for a debut author. There was unfortunately one lapse that ultimately changed the entire story for me: it’s told in past-tense and the essence of the ending is revealed in the introduction. For me, too much was revealed and the element of surprise was spent. Yes, there were additional details to add to the ending that weren’t disclosed until the true end of the story, however, I felt that the initial reveal was wholly unnecessary and the entire story would have been far more effective and enticing at keeping the reader interested if left out completely. Nonetheless, this post-apocalyptic western proves to be an auspicious start for debut author Beth Lewis.

Waiting on Wednesday – The Wolf Road: A Novel by Beth Lewis 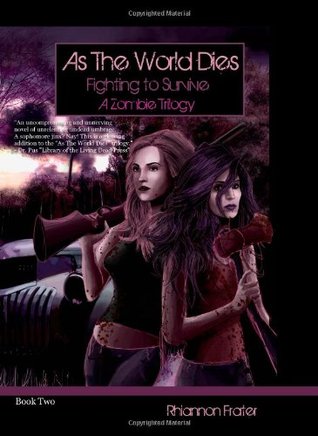 One Response to “Book Review – The Wolf Road: A Novel by Beth Lewis”