Also by this author: Ultraluminous: A Novel

Stripped down and stylized—the sharpest, boldest, brashest debut of the year

Meet Nikki, the most determined young woman in the North Carolina hills. Determined not to let deadbeats and dropouts set her future. Determined to use whatever tools she can get her hands on to shape the world to her will. Determined to preserve her family’s domination of the local drug trade. Nikki is thirteen years old.

Opening with a deadly plunge from a high cliff into a tiny swimming hole, Young God refuses to slow down for a moment as it charts Nikki’s battles against isolation and victimhood. Nikki may be young, but she's a fast learner, and soon—perhaps too soon, if in fact it's not too late—she knows exactly how to wield her powers over the people around her. The only thing slowing her down is the inheritance she's been promised but can't seem to find, buried somewhere deep in those hills and always just out of reach.

With prose stripped down to its bare essence, brash and electrifying, brutal yet starkly beautiful, Katherine Faw Morris's Young God is a debut that demands your attention and won't be forgotten—just like Nikki, who will cut you if you let that attention waver.

‘She dreams of nothing, which is her favorite dream and inside of her is a low buzz.’

Set in the Appalachian foothills in North Carolina, Nikki has just witnessed her mother plunge to her death off a cliff at the local swimming hole. Wasting no time so as to keep Child Protective Services from taking her she seeks out the help of her estranged father, Coy Hawkins, who, she says with pride, used to be the biggest coke dealer in the county. Coy has since moved on to other lucrative work in the form of child prostitution but Nikki is determined to not only get him back into the “family business” but to work right alongside him.

‘Since she is going to die she would like to be remembered, spoken of in the backs of cars in words that shudder.’

I read Child of God a few years ago and never thought I would ever read a book more unsavory than that. Young God definitely tops that. Despite the fact that Nikki is thirteen, her age was something you could easily forget given the complete and utter depravity of the story, although once you do recall her age it just makes it all the more shocking. Nikki is impassive and tragically naive, yet never a victim, she transforms into a compelling heroine determined to survive. But again, she’s thirteen, however, the things that took place within these pages would be appalling no matter the age.

Young God hastily captures all the harsh realities of living with poverty and addiction in the backwoods of the South. The violence and complete corruption at times felt in excess but still succeeds in capturing just how easily it is to fall once you’re on the downward slope. More a novella at approximately 22,000 words, we’re granted somewhat of a reprieve from the violence in the sparse and apathetic way the narrative is written. Searingly crude, and unrefined this will shock even the hardiest of readers and the non-ending to Nikki’s story will only leave you contemplating the horrors of what’s to come for this young girl.

Waiting on Wednesday – Ultraluminous: A Novel by Katherine Faw 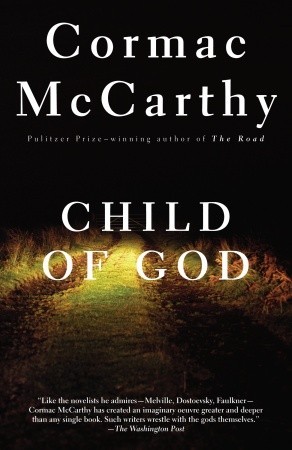