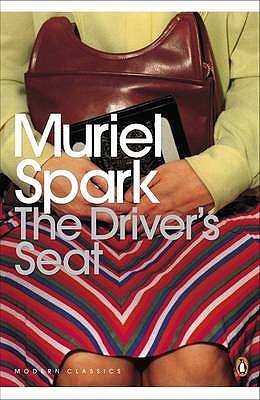 Lise leaves her home in northern Europe for a holiday, but it is not rest and relaxation that she is looking for...

Driven to distraction by an office job, she leaves everything and flies south on holiday—in search of passionate adventure, the obsessional experience and sex. Infinity and eternity attend Lise's last terrible day in the unnamed southern city that is her final destination.

I had a really hard time at first getting a grasp of what this story was really about. Essentially, it’s about a peculiar woman named Lise who travels to a Southern European city, presumably Naples, to meet a supposed boyfriend. Once she arrives, all the men she meets she’s mentally judging them based upon whether they are ‘her type’ or not. It’s not till later in the story you realize she’s looking for a specific ‘type’ for a completely different reason than you may originally think. By the beginning of the third chapter, you’re already made aware of a shocking fact:

’She will be found tomorrow morning dead from multiple stab-wounds, her wrists bound with a silk scarf and her ankles bound with a man’s necktie, in the ground of an empty villa, in a park of the foreign city to which she is travelling on the flight now boarding at Gate 14.’

It’s tough not to become immediately enthralled in watching the rest of the story progress to find out how this could possibly have occurred.

There’s something incredibly strange about this woman but it’s never revealed what exactly is wrong with her or why she is the way she is. (But then again, many of the characters in this story are odd. Like Bill? And his ‘I haven’t had my daily orgasm. It’s an essential part of this particular variation of the diet, didn’t I tell you?’ Excuse me?!?) You catch a glimpse early on in the story of her mental instability when she proceeds to flip out on a sales woman who attempted to sell her a dress made of stain resistant material. She took this as a personal insult as if the sales woman was attempting to say that she was a messy eater.

“Do you think I spill things on my clothes?” the customer shrieks. “Do I look as if I don’t eat properly?”

Suffice it to say that was her first but not final moment of unpredictability. She’s a habitual liar and it’s quite shocking how easily the lies flow from her mouth. And she definitely found her type in the end.

“Will you feel a presence? Is that how you’ll know?”
“Not really a presence,” Lise says. “The lack of an absence, that’s what it is. I know I’ll find it. I keep on making mistakes, though.”