Also by this author: Party Games: A Fear Street Novel

Enter at your own Risk: The first ever Goosebumps.
Now with creepy bonus features!

11-year-old Josh and 12-year-old Amanda just moved into the oldest and weirdest house on the block--the two siblings think it might even be haunted! But of course, their parents don't believe them. You'll get used to it, they say. Go out and make some new friends.
But the creepy kids are not like anyone Josh and Amanda have ever met before. And when they take a shortcut through the cemetery one night, Josh and Amanda learn why.

Guess what time it is, guys? Time for a walk down memory lane. It’s October so naturally I’ve been immersing myself in all things scary and one night I was reminiscing about where my love of horror began and I started thinking about revisiting Goosebumps. Well, it happened. First off, do you realize the first Goosebumps came out in 1992? 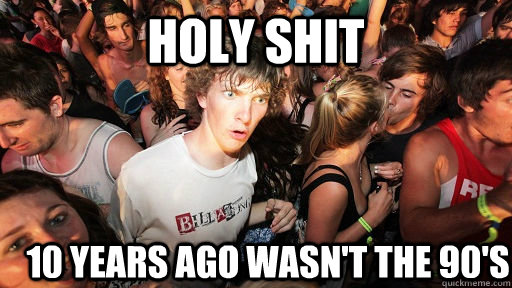 No, it was not, thus making me feel officially fucking ancient I’ll tell you what. I love the idea of re-reading my childhood favorites, but what happens if its horrible? Your entire childhood becomes a lie, that’s what. But I had to take a chance, even though I took a chance on Stine last Ominous October and it didn’t exactly pay off so instead of reading his newer stuff I decided to go back to the very beginning. And you know what? It wasn’t bad at all.

“It’s really dead around here, huh?”
He chuckled. “Yeah. I guess you could say that.”

Welcome to Dead House is the very first in the original Goosebumps series (I don’t care what Amazon says trying to list this as #13 and Night of the Living Dummy as #1). It has all the makings of what scared me the most as a child and what still manages to freak me out still to this day: ghosts and things that go bump in the night. Josh and Amanda have just moved to a new town after their father received an old house from the will of a great-Uncle he never even knew existed. It’s a dark, creepy, and cold house but it’s huge and is a fantastic opportunity for their family. The kids aren’t sold. Amanda is constantly seeing things but keeps convincing herself that her mind is playing tricks on her. Her curtains move as if caught in a breeze even with the window closed and she hears footsteps in the hallway at night. But all of that is just her imagination running wild, right?

I can’t recall how long it took me to read these when I was a kid, but I ended up finishing this in a single night. It’s more of a novella for the mature reader, but it was certainly fun. While it didn’t exactly give me goosebumps because I’ve certainly read far scarier at this point in my life, it still managed to put a smile on my face taking that walk down memory lane and seeing once again what I loved so much about these when I was a kid.

Also by this author: Welcome to Dead House

R.L. Stine's hugely successful young adult horror series Fear Street is back with the first new book in almost 2 decades. With more than 80 million copies sold around the world, FearStreet is one of the bestselling young adult series of all time. Now, with Party Games, R.L. Stine revives this phenomenon for a new generation of teen readers, and the announcement of new Fear Street books caused a flurry of excitement both in the press and on social media, where fans rejoiced that the series was coming back.

Her friends warn her not to go to Brendan Fear's birthday party at his family's estate on mysterious Fear Island. But Rachel Martin has a crush on Brendan and is excited to be invited. Brendan has a lot of party games planned. But one game no one planned intrudes on his party—the game of murder. As the guests start dying one by one, Rachel realizes to her horror that she and the other teenagers are trapped on the tiny island with someone who may want to kill them all. How to escape this deadly game? Rachel doesn't know whom she can trust. She should have realized that nothing is as it seems… on Fear Island.

R.L. Stine makes his triumphant return to Shadyside, a town of nightmares, shadows, and genuine terror, and to the bestselling series that began his career writing horror for the juvenile market, in the new Fear Street book Party Games.

“Someone is definitely playing games with us,” Geena said. “Only…” Her voice broke. “Murder isn’t a game.”

17-year-old Rachel Martin is ecstatic when her crush Brendan Fear invites her to his birthday party that he’s having on Fear Island. (She’s so ecstatic she doesn’t even let the issue of finding a dead animal between her sheets stop her!) The group of kids invited to the party take a boat to the island and problems start as soon as they arrive. Party Games is actually the first of six books Stine is planning as a new addition to his popular Fear Street series.

Party Games had a definite And Then There Were None feel to it, just with high schoolers, some decidedly cheesy moments and a consistent lack of common sense that failed to thrill. I was actually expecting a supernatural flair to this but that twist never came. It was interesting and had definite moments of excitement, but my younger self had been mentally squealing since I snagged a copy of this so I had some fairly high expectations.

For me, reading Party Games was a bit of an experiment. I was obsessed with R.L. Stine when I was a kid and I remember a time when I read nothing but Goosebumps and Fear Street books. It was the initial start to my love of horror novels, no matter how cheesy they were. And cheesy they are, or at least my adult self certainly thinks so. My younger self is slightly offended though. I took a stroll down memory lane and felt 12 years old again by picking this one up and despite my change in standards for what constitutes a ‘good book’ it was fun for that fact alone. Whatever helped me build my love of reading, be it cheesy Goosebumps or cliché Twilight books, I can only smile and be thankful for them.