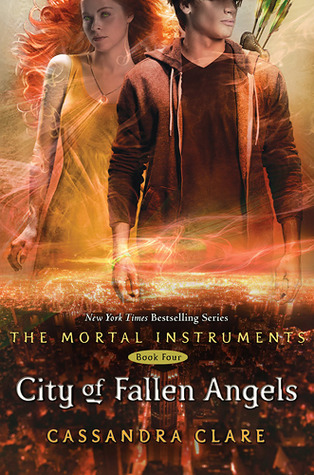 Also by this author: Clockwork Princess

The Mortal War is over, and sixteen-year-old Clary Fray is back home in New York, excited about all the possibilities before her. She's training to become a Shadowhunter and to use her unique power. Her mother is getting married to the love of her life. Downworlders and Shadowhunters are at peace at last. And - most importantly of all - she can finally call Jace her boyfriend.

But nothing comes without a price.

Someone is murdering Shadowhunters who used to be in Valentine's Circle, provoking tensions between Downworlders and Shadowhunters that could lead to a second bloody war. Clary's best friend, Simon, can't help her. His mother just found out that he's a vampire and now he's homeless. Everywhere he turns, someone wants him on their side - along with the power of the curse that's wrecking his life. And they're willing to do anything to get what they want. At the same time he's dating two beautiful, dangerous girls - neither of whom knows about the other one.

When Jace begins to pull away from Clary without explaining why, she is forced to delve into the heart of a mystery whose solution reveals her worst nightmare: She herself has set in motion a terrible chain of events that could lead to her losing everything she loves. Even Jace.

Love. Blood. Betrayal. Revenge. The stakes are higher than ever in City of Fallen Angels.

As happy as I was that the Mortal Instruments series was continuing… I would’ve preferred that it hadn’t. Because this book? Was painful. I am usually able to finish books quickly but this one drug on and on and on to the point where I just wanted to give up. Some spoilers ahead.

I had a hard time from the very beginning understanding exactly what was going on. There wasn’t a clear plot and even if the author was attempting to be vague and have it be a surprise or whatnot, she failed miserably. The basis of the book solely revolved around Jace and Clary’s relationship problems, but even those weren’t clear. And it was beyond irritating that Jace was clearly having issues and yet he refused to talk to Clary about it. And him continuing to say ‘I love you but I can’t be with you, but lets kiss and make out but… now I can’t look at you. Get away from me.’ That repeated about 5 times kinda made me want to rip his face off.

And then the ending?! Come on. Yeah, we’re going to leave Jace up on the roof alone with the kind of not so dead guy but everything’s going to be fine because obviously things went perfect the FIRST time they killed him. Stupid. It was like a bad horror movie where the dumb blonde decides to go down to see what the chainsaw-like noise is in the dark basement even though the light won’t turn on and she can’t be bothered to find a flashlight.

I loved the first three of the Mortal Instruments but was seriously disappointed in this one. The series would’ve been better off left as it was in the third book.