Growing up on her family’s Sonoma vineyard, Georgia Ford learned some important secrets. The secret number of grapes it takes to make a bottle of wine: eight hundred. The secret ingredient in her mother’s lasagna: chocolate. The secret behind ending a fight: hold hands.

But just a week before her wedding, thirty-year-old Georgia discovers her beloved fiancé has been keeping a secret so explosive, it will change their lives forever.

Georgia does what she’s always done: she returns to the family vineyard, expecting the comfort of her long-married parents, and her brothers, and everything familiar. But it turns out her fiancé is not the only one who’s been keeping secrets…

Bestselling author Laura Dave has been dubbed “a wry observer of modern love” (USA TODAY), a “decadent storyteller” (Marie Claire), and “compulsively readable” (Woman’s Day). Set in the lush backdrop of Sonoma’s wine country, Eight Hundred Grapes is a heartbreaking, funny, and deeply evocative novel about love, marriage, family, wine, and the treacherous terrain in which they all intersect.

‘Synchronization. Systems operating with all their parts in synchrony, said to be synchronous, or in sync. The interrelationship of things that might normally exist separately.

In your life: epic failure.’

A mere week before Georgia is set to marry, when she’s in the middle of her final dress fitting, she sees something on the street that leaves her questioning everything about life and relationship. Incapable of any rational thinking, she gets in her car still clad in her wedding gown and drives to her childhood home seeking solace. Unfortunately, her arrival is unexpected and she discovers things at home are also complicated making her feel yet again that she has no idea what has been going on around her and she has no idea how to even begin to handle it all.

Eight Hundred Grapes takes you straight into the heart of wine country: Sebastopol, CA in Sonoma County. Dave impeccably describes the rolling green hills, the winding roads and the foggy mornings before the sun breaks through. If you’ve ever been there personally, her detailed descriptions will successfully dredge up all of your memories of this beautiful place.

The detailed descriptions also extend to the multi-faceted characters that grace these pages. Georgia was an incredible character that had an admirable relationship with her parents, especially her father, that was really quite touching. The way she managed to face a whole slew of personal drama was done in a way that can not only be understood but appreciated. Grapes might at first seem like your typical family drama but it has a definite quality and character to it that was most appealing with writing that did an incredible job in perfectly describing feelings that can so often be difficult to convey in words. This story really snuck up on me in terms of feeling and emotion; I wasn’t expecting to become as involved in the outcome of the characters as much as I did but Dave’s writing and sense of normalcy really pull you into the story.

Eight Hundred Grapes is a poignant tale of learning to deal with the imperfections of life, about listening to your heart and the significance of having somewhere you can truly call home. 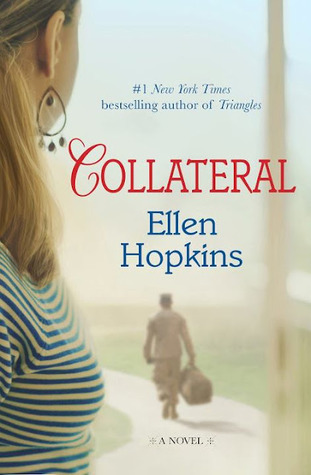