In this stunning bridge book between CRESS and WINTER in the bestselling Lunar Chronicles, Queen Levana's story is finally told.

Mirror, mirror on the wall,
Who is the fairest of them all?

Fans of the Lunar Chronicles know Queen Levana as a ruler who uses her "glamour" to gain power. But long before she crossed paths with Cinder, Scarlet, and Cress, Levana lived a very different story – a story that has never been told . . . until now.

Marissa Meyer spins yet another unforgettable tale about love and war, deceit and death. This extraordinary book includes full-color art and an excerpt from Winter, the next book in the Lunar Chronicles series.

‘Levana had not seen the bodies, but she had seen the bedrooms the next morning, and her first thought was that all that blood would make for a very pretty rouge on her lips.’

Fairest opens on disaster from the very start with Princess Levana and her older sister Channary attending the funeral of her recently murdered parents. Channary being the older sister ascends the throne despite the fact that Levana would be the far superior ruler. It could be said that the beginning of Levana’s mental breakdown happened after a childhood tragedy left her scarred and disfigured. Levana became obsessed with physical beauty which she can only personally obtain by using her Lunar glamour to change how others see her. Whether this knowledge of her past allows you to forgive Levana her actions or not, her story is full of shocking revelations that will nonetheless change everything you thought you knew about her.

We all knew Levana was psychotic before we got her full story, but finally we find out why. We also find out that Levana wasn’t always this way, that particular circumstances set her on this path of madness and it’s far more sad than I ever would have expected. Taking us back to a time before Cinder even existed, Meyer gives us a spin on the story of the Wicked Queen from Snow White: the story of Levana and the path that led her who she became. I’m not sure what it says about me exactly, but this story of the villain we’ve all come to despise has been my absolute favorite installment in the series. What I found most impressive was how Meyers introduced Levana as a good character and in just 222 pages had her character arc come so far as to make her transformation to the Evil Queen one of complete authenticity. The focus on character development lessened the amount of ongoing action but it was still a moving story. Also, in terms of the plot originality we’ve come to expect from other installments, there was less variation from the original fairy tale but while the conclusion seemed far from unexpected it still managed to leave me astonished.

It’s always an exciting switch to be inside the mind of the villain and Meyer doesn’t disappoint. We may be more informed as far as Levana is concerned, but her methods of ruling are still drastic and often extreme yet having this knowledge of her will certainly have me looking at her with a closer eye when we see her again in Winter.

Waiting on Wednesday – Rise: A Newsflesh Collection by Mira Grant 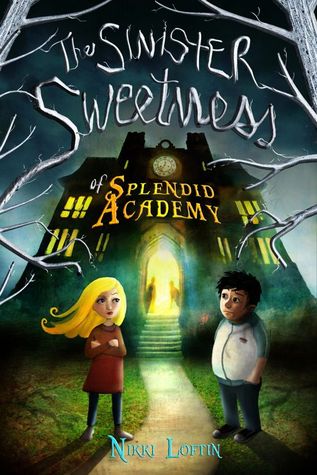