Also by this author: Loki's Wolves

Seven kids, Thor's hammer, and a whole lot of Valkyries are the only things standing against the end of the world.

When thirteen-year-old Matt Thorsen, a modern day descendant of the Norse god Thor, was chosen to represent Thor in an epic battle to prevent the apocalypse he thought he knew how things would play out. Gather the descendants standing in for gods like Loki and Odin, defeat a giant serpent, and save the world. No problem, right?

But the descendants' journey grinds to a halt when their friend and descendant Baldwin is poisoned and killed and Matt, Fen, and Laurie must travel to the Underworld in the hopes of saving him. But that's only their first stop on their journey to reunite the challengers, find Thor's hammer, and stop the apocalypse--a journey filled with enough tooth-and-nail battles and larger-than-life monsters to make Matt a legend in his own right. 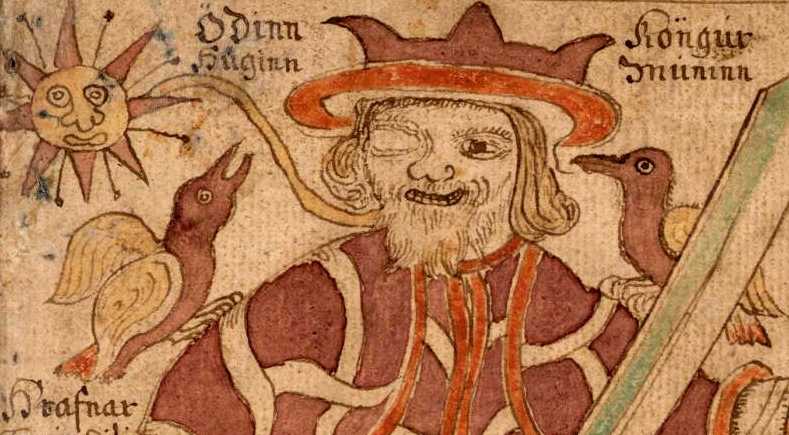 ​’…they were about to ride into battle with Valkyries, Berserkers, and… goats. It was pretty epic.’​​

Odin’s Ravens, the next installment following Loki’s Wolves, picks up right where the last left off with Matt and the gang setting out to save their deceased friend Baldwin from an eternity in Hel. This is no easy feat as along the way they encounter fire giants, Viking zombies, a seemingly innocuous river that turns out to be made up of acid, a cave bear, a Hel chicken, and Laurie and Fen’s Aunt Helen who rules Hel. Baldwin is the descendant of Balder and according to the mythos, his death was the start of Ragnarök. Saving him from Hel would change the myth and hopefully stop Ragnarök. But will that single act be enough to stop the end of the world?

The story of Odin’s Ravens is once again written as a shared point of view between the three main characters, Matt, Fen, and Laurie but we’re also introduced to a new character: Owen; the descendant of Odin. Odin was the All-Father and was said to be all-knowing of future events to come. Owen is blessed with this gift of prophecy as well as long as he wasn’t an active part of the mission so he has stayed away from the descendants in order to glean as much information as he can. Unfortunately, staying away from the other descendants has resulted in his capture by the wulfenkind. His two ravens, Thought (Huginn) and Memory (Muninn) are his sole companions until he’s able to escape so he sends them out into the world acting as his eyes and ears. It was incredibly interesting reading about the mythology behind Odin and remains one of my favorite aspects of these stories. The details of Norse mythology is incorporated into the story in a manner that makes it vastly interesting and educational yet still immensely entertaining.

In addition to the action and adventure of the story itself, the book also contains amazing black and white illustrations that truly bring the story to life. The interior illustrations were all done by Vivenne To.

Odin’s Ravens is a pleasing follow-up that will certainly leave readers of the series anticipating the final book in the trilogy. The action and adventure is intense, the humor is plentiful and the character development is well-done, although I can’t say I’m completely invested emotionally in these characters but their story is still very much intriguing and I’m eager to find out the result of their journey.

Release Day Feature + Giveaway! The House at the End of Hope Street by Menna van Praag