Also by this author: Christmas at Tiffany's

Haunted by a past she can’t escape, Laura Cunningham desires nothing more than to keep her world small and precise - her quiet relationship and growing jewellery business are all she needs to get by. Until the December day when Rob Blake walks into her studio and commissions a necklace that will tell his enigmatic wife Cat’s life in charms.

As Laura interviews Cat’s family, friends and former lovers, she steps out of her world and into theirs – a charmed world where weekends are spent in Verbier and the air is lavender-scented, where friends are wild, extravagant and jealous, and a big love has to compete with grand passions.

Hearts are opened, secrets revealed and as the necklace begins to fill up with trinkets, Cat’s intoxicating life envelops Laura’s own. By the time she has to identify the final charm, Laura’s metamorphosis is almost complete. But the last story left to tell has the power to change all of their lives forever, and Laura is forced to choose between who she really is and who it is she wants to be.

Laura Cunningham is a jewelry maker specializing in beautiful charms, lives with her long-term boyfriend Jack and has a secret side to herself that she’s desperate to keep contained. When she’s commissioned to create a personalized charm bracelet for Rob Blake’s wife Cat, Laura ends up immersed in their lives and subsequently awakens a part of herself that she’s struggled to keep dormant.

So the not so great. The enigma of Laura’s past took up the vast majority of The Perfect Present and made it less straight forward than you would think. It was engaging at first and gave her an air of intrigue but this was such a long story that the desire to learn her secret became a need rather than a desire after a certain point. The mystery unfolded near to the very end of the story and could have definitely been given more page time in order to fully explain everything so as to make Laura’s actions throughout the story much more plausible.

Now the good. Karen Swan has managed to create a multi-layered character in Laura Cunningham. She remained a complete mystery throughout the entire tale (which is both good and bad as you’ll see below) which was infinitely important in a 500+ page story. In addition to Laura’s character, there is a full cast of characters which Laura has to interview in order to complete the commissioned job and each of them were given a solid back-story. Kitty was by far my favorite and was the most realistic and likable one of the bunch. The men were all the brooding sort but it was never taken too overboard. I also loved that this was a far from perfect tale and there wasn’t technically a happy ending, or at least not the type of happy ending that you would have gone in expecting.

After reading Christmas at Tiffany’s I was desperate to get my hands on more of Karen Swan’s work. Tiffany’s was A+ and one of my most favorite stories of the year. Perfect Present wasn’t an enthralling but was still enjoyable and was far from your typical chicklit type tale which I appreciated. Taking place throughout the month of December including Christmas day so this was the perfect time to read this story. This is now my second read of hers and I will either need to have more of her stories shipped from the UK or hope that US publishers pick up her stories… or both would work too. 🙂 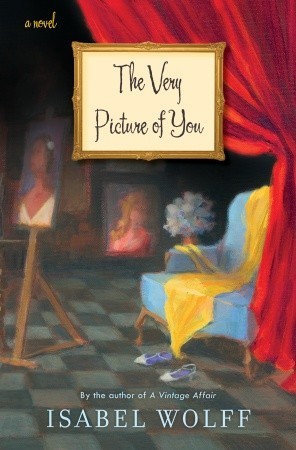 Book Review – The Very Picture of You by Isabel Wolff

One Response to “Book Review – The Perfect Present by Karen Swan”