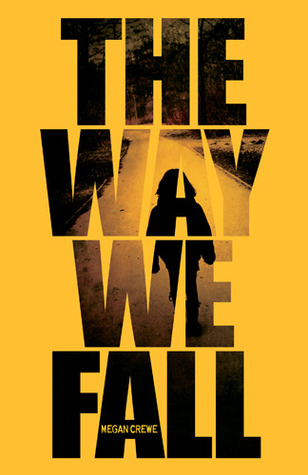 It starts with an itch you just can't shake. Then comes a fever and a tickle in your throat. A few days later, you'll be blabbing your secrets and chatting with strangers like they’re old friends. Three more, and the paranoid hallucinations kick in.

And then you're dead.

When sixteen-year-old Kaelyn lets her best friend leave for school without saying goodbye, she never dreams that she might not see him again. But then a strange virus begins to sweep through her small island community, infecting young and old alike. As the dead pile up, the government quarantines the island: no one can leave, and no one can come back.

Those still healthy must fight for the island’s dwindling supplies, or lose all chance of survival. As everything familiar comes crashing down, Kaelyn joins forces with a former rival and discovers a new love in the midst of heartbreak. When the virus starts to rob her of friends and family, she clings to the belief that there must be a way to save the people she holds dearest.

Because how will she go on if there isn't?

Poignant and dizzying, The Way We Fall is the heart-wrenching story of one girl's bravery and unbeatable spirit as she challenges not just her fears, but her sense of what makes life worth living.

“Most people think the scariest thing is knowing that you’re going to die. It’s not. It’s knowing you might have to watch every single person you’ve ever loved – or even liked – waste away while you just stand there.”

There was something extremely enjoyable about this novel that I loved from the very start but unfortunately resulted in a mediocre overall opinion. The writing pace was very slow and detailed which reminded me a lot of The Age of Miracles (which I loved). I enjoy a slow build-up every now and then just as long as the climax is well worth it (which… hmm… what climax?). The writing style was at times difficult to grasp as it’s written in the form of journal entries/letters to a friend that Kaelyn no longer speaks to; a friend left the island before the virus came to be.

I loved the storyline for one reason alone: the possibility that something like this could truly happen was terrifying. The symptoms of the virus were described so well that when one of the infected had an itch that just wouldn’t go away I found myself feeling it too (at which point I had to take an immediate break and go walk outside). Something happened though around 60% when I came to the realization that the slow-paced and lack of build-up didn’t appear to actually be leading to anything. And then there was the ‘big revelation’ as to why some people were surviving and some weren’t… I was hoping for a bit more interesting of a reason. So I started losing interest. Life slowly kept getting worse but life went on, there was a predictable group of people that began doing anything they could to make others lives miserable… it was definitely lacking.

Other Random Issues
*I can’t remember a YA I’ve read, ever, that didn’t include a romance. (I’m sure I have but I really can’t think of one off the top of my head). But in this particular case I felt it was completely unnecessary and really should have been left out for the better.
*So Kaelyn was able to review all of these medical records and determine the correlation between all the survivors. Maybe she’s a genius (although considering she’s 16 and only taking high school Algebra I’d have to say no). It was all incredibly far-fetched that she could figure out a way to save the human race but in moments of crisis is constantly forgetting to WEAR THE DAMN FACE MASK.
*And uh… birds? View Spoiler »How in the hell can a bird completely change your mind about throwing yourself off a cliff? That made no sense. And was kinda dumb. « Hide Spoiler
*All this talk about self-defense training and I don’t see a single kimora or choke hold. Lame.

Waiting on Wednesday – Gather the Daughters by Jennie Melamed

Book Review – The Girl with All the Gifts (The Hungry Plague #1) by M.R. Carey