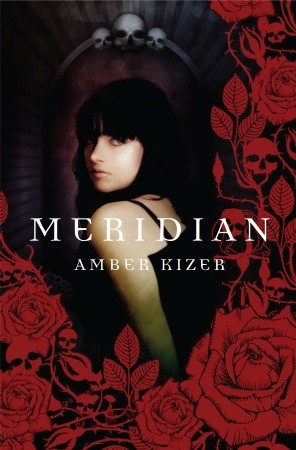 Sixteen-year-old Meridian has been surrounded by death ever since she can remember. As a child, insects, mice, and salamanders would burrow into her bedclothes and die. At her elementary school, she was blamed for a classmate’s tragic accident. And on her sixteenth birthday, a car crashes in front of her family home—and Meridian’s body explodes in pain.

Before she can fully recover, Meridian is told that she’s a danger to her family and hustled off to her great-aunt’s house in Revelation, Colorado. It’s there that she learns that she is a Fenestra—the half-angel, half-human link between the living and the dead. But Meridian and her sworn protector and love, Tens, face great danger from the Aternocti, a band of dark forces who capture vulnerable souls on the brink of death and cause chaos.

You can’t help but be intrigued by the summary: “As a child, insects, mice, and salamanders would burrow into her bedclothes and die.” Whaaaaatt??? Creepy right? I totally loved the introduction into the story, loved learning about her childhood and all that she had to endure as her parents never fully understood her.

On her sixteenth birthday when she witnesses a tragic car accident right in front of her house, her parents proceed to tell her that she must leave town immediately to stay with her great-aunt in Colorado. And… that’s about where it went downhill and into predictable-YA land for me.

Now don’t get me wrong, this is an extremely interesting story and I was extremely interested in learning all about ‘Fenestra’s’ and I loved how even though the story obviously has to do with angels it didn’t go overtly religious and the author had the decency to not associate angels strictly with Christianity.

The main problem I had was the main character was your typical annoying and immature YA character; she pretty much drove me crazy. The other problem I had was even as interesting as the story was to me, the actual writing kind of fell flat for me, was a bit choppy, and overall predictable. The fact that I enjoyed it as much as I did regardless of the problems I had with it I would still be interested in picking up the next in this series to see where the author continues to take this story.