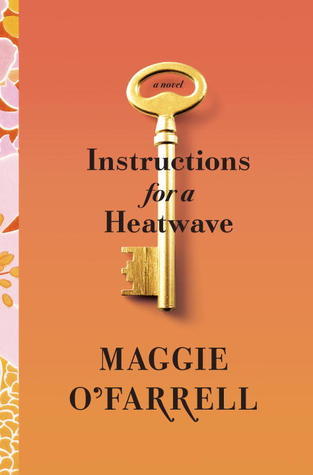 A sweeping family drama, in which the disappearance of a family patriarch forces three adult siblings to gather together to find him and to confront what they really know about their father and themselves.

It's the summer of 1976 and London is in the grip of a record-breaking heat wave when Gretta Riordan discovers that her newly retired husband, Robert, has cleaned out his bank account and vanished. Now, Gretta's three children converge in their mother's home for the first time in years: Michael Francis, a history teacher whose marriage is failing; Monica, with two stepdaughters who despise her and an ugly secret that has driven a wedge between herself and the little sister she once adored; and Aoife, the youngest of the Riordans, now living in Manhattan, a smart, immensely resourceful young woman who has arranged her entire life to conceal her illiteracy.

As the siblings tease out clues about their father's whereabouts, they navigate rocky pasts and long-held secrets, until at last their search brings them to their ancestral village in Ireland, where the truth of their parents' lives--and their own--is suddenly revealed. Wise, lyrical, instantly engrossing, Instructions for a Heat Wave is a richly satisfying page-turner from a writer of exceptional intelligence and grace.

‘Odd that your life can contain such significant tripwires to your future and, even while you wander through them, you have no idea.’

The story itself starts off at a slow and leisurely pace that doesn’t ever quite pick up speed but the writing itself was quite gripping. The characters are also very drab and almost boring but they’re written so well that they somehow manage to be intriguing nonetheless. The three grown-up children (of the missing father) are the center of the story despite the fact that it was their father that went missing, their father that was initially the reason for this story. Him going missing was simply the catalyst to bringing these three children back together after many years of separation.

As the story progressed I became less and less interested in why their father disappeared and even with the odd assortment of drama every character managed to possess. The ongoing family drama seemed more stereotypical than interesting and while the characters themselves may have been intriguing at first That certainly didn’t last. You know those characters in stories that make idiotic choices or choose to withhold some vital information and you can’t help but scream, “Just TELL SOMEONE” yet they don’t and it just produces more drama and continues to cause problems? Well, that happened. And it was ridiculous and failed to garner any sympathy from me. Also, the ending was completely preposterous and was actually quite laughable. Hint: Your questions will likely not be answered.

Simply put, this “sweeping family drama” only managed to be mediocre due to the lackluster cast of characters and their completely avoidable drama. Yet another highly anticipated summer read that failed to meet any of my expectations.