Annie Proulx has written some of the most original and brilliant short stories in contemporary literature, and for many readers and reviewers, "Brokeback Mountain" is her masterpiece.

Ennis del Mar and Jack Twist, two ranch hands, come together when they're working as sheepherder and camp tender one summer on a range above the tree line. At first, sharing an isolated tent, the attraction is casual, inevitable, but something deeper catches them that summer.

Both men work hard, marry, and have kids because that's what cowboys do. But over the course of many years and frequent separations this relationship becomes the most important thing in their lives, and they do anything they can to preserve it.

The New Yorker won the National Magazine Award for Fiction for its publication of "Brokeback Mountain," and the story was included in Prize Stories 1998: The O. Henry Awards. In gorgeous and haunting prose, Proulx limns the difficult, dangerous affair between two cowboys that survives everything but the world's violent intolerance.

‘There was some open space between what he knew and what he tried to believe, but nothing could be done about it, and if you can’t fix it you’ve got to stand it.’

Brokeback Mountain is the well-known story, written by Annie Proulx, about two Wyoming ranch hands that fall in love one summer in 1963. The two inevitably separate and continue on with their lives, both marrying and starting their own families. Their affair continues though for the next twenty years and is a constant source of both anguish and bliss for both parties.

This story is a short one, just 64 pages, but Proulx’s writing manages to still fully express the tenacity of Ennis and Jack’s bond with one another. While that tenacity was fully expressed, I did still wish for more of an in-depth look at the two of them by the final page. Their ending came much too soon. I had never seen the movie before, only knowing it as the movie about the gay cowboys. Admittedly, sure, it is about two gay cowboys but setting aside that unnecessary description, what this story truly is at heart is a story about passion and longing. It’s about finding that one person that you can’t get enough of. That one person that without them, your life is missing a vital piece of the puzzle. It’s a touching and heartbreaking story that will leave you wishing for even half of that type of passion in your life.

In 2005, St. Andrew’s Episcopal School in Austin, Texas returned a 3 million dollar donation rather than submit to that donor’s request that Brokeback Mountain be removed from the list of optional reading for twelfth graders. 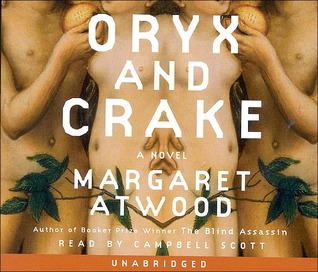