In the bestselling tradition of Jojo Moyes and Jennifer Weiner, Jenny Colgan's moving, funny, and unforgettable novel tells the story of a heartbroken young woman who turns a new page in her life . . . by becoming a baker in the town of Cornwall

A quiet seaside resort. An abandoned shop. A small flat. This is what awaits Polly Waterford when she arrives at the Cornish coast, fleeing a ruined relationship.

To keep her mind off her troubles, Polly throws herself into her favorite hobby: making bread. But her relaxing weekend diversion quickly develops into a passion. As she pours her emotions into kneading and pounding the dough, each loaf becomes better than the last. Soon, Polly is working her magic with nuts and seeds, chocolate and sugar, and the local honey—courtesy of a handsome beekeeper. Packed with laughter and emotion, Little Beach Street Bakery is the story of how one woman discovered bright new life where she least expected—a heartwarming, mouthwatering modern-day Chocolat that has already become a massive international bestseller.

Jenny Colgan is Scottish born and bred, born in Ayrshire in 1972, but currently lives and works in London. After graduating from Edinburgh University, Jenny worked for six years in the health service whist moonlighting as a cartoonist and doing stand-up in the outer fringes of London’s comedy circuit.

When Polly’s long-term relationship comes crashing down and with it the business they’ve built together, she’s left to start over completely from scratch. With so few options available to her, she agrees to rent a run-down flat with a leaky roof on the island of Polbearne. She finds solace in utilizing her baking skills and filling the air of the island with the enticing smell of freshly baked bread. 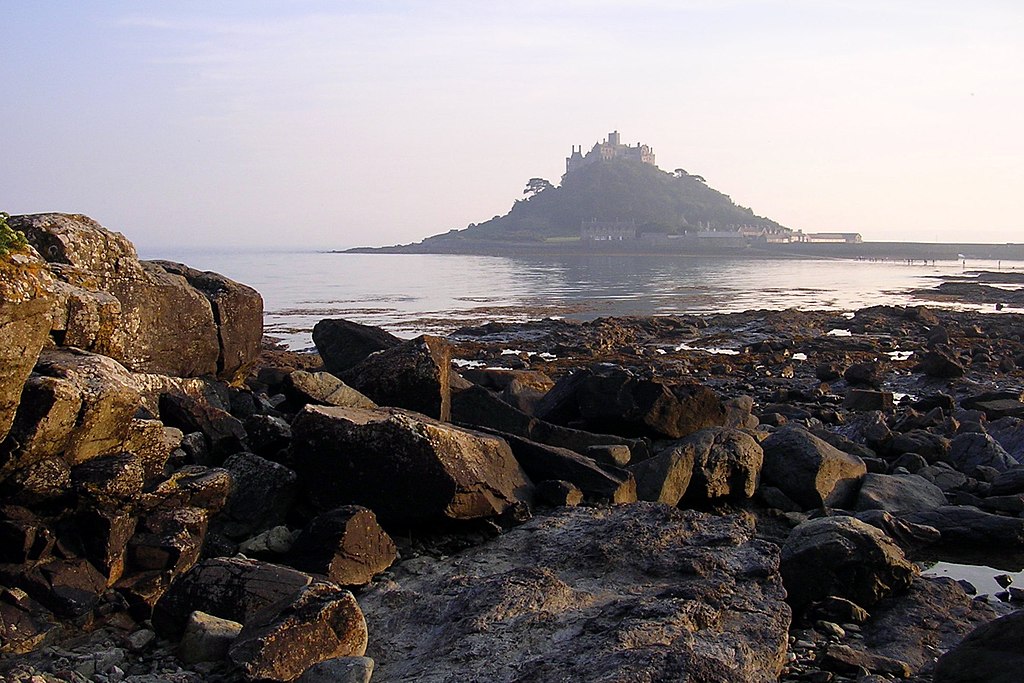 Polbearne, a quaint seaside village off the coast of England, is based off the actual island St. Michael’s Mount in Cornwall. Colgan’s descriptions of the village were thorough, detailing not only the people and their way of life but of the town itself and the sole causeway being the only way to come and go on the island. While the people in the village weren’t always the most friendly (since they saw Polly as an outsider), the village itself sounded like a such a lovely place to reside with its small shops on cobbled streets and a ruined yet still charming castle on the top of a hill overlooking the island.

Polly’s ever-constant baking was also given much detail and constantly left you craving delicious breads. After one particularly tasty sounding chapter I became determined to also become a master bread maker. Long story short, I failed miserably. Bread is FAR harder to bake than Polly makes it sound like just so you know! I didn’t actually attempt any of the recipes included in the story (Cheese Straws, Sweetcorn Fritters, Cinnamon Rolls, Focaccia, and my favorite: Shortbread) but I’m determined to try again. Someday.

This fun little foodie novel is not without its fill of drama though. Polly immediately begins butting heads with her landlord who is the sole baker on the island and Polly’s freshly baked bread is hampering her sales. Her landlord has her own personal history that ends up being told as a side-story. Polly also gets involved in some romantic complications that ends up being something akin to a love square. While I’m not a fan of love triangles and especially squares in general, what really disappointed me with this one in particular was the lack of chemistry between Polly and any of the men. What I loved most about Polly was her empowering story of hitting rock bottom and finding the strength to not only make a living but to find out who she is while being on her own again. The romance element wasn’t completely necessary in my opinion and especially not that many romances. It made it all avoidably messy and I would have appreciated a much more simplistic story in that regard.

I don’t know how I’ve failed to mention the best part of the story this far into my review! When Polly moves to Polbearne she unintentionally takes on a new pet which she names Neil. Neil, the puffin.

Neil was by far the cutest addition to the story even though he was unrealistically tame, but whatever! Now I want a pet puffin.

Little Beach Street Bakery is a sweet, entertaining tale about learning to navigate the harsh realities of life and finding what you’re passionate about. It’s the perfect read for foodie fiction fans and readers simply looking for a light-hearted read.

This post was a part of ‘Little Beach Street Bakery‘ blog tour.
Check out the other tour stops below!

Thursday, April 9th: For the Love of Words