In less than a year, Kelsea Glynn has transformed from a gawky teenager into a powerful monarch. As she has come into her own as the Queen of the Tearling, the headstrong, visionary leader has also transformed her realm. In her quest to end corruption and restore justice, she has made many enemies—including the evil Red Queen, her fiercest rival, who has set her armies against the Tear.

To protect her people from a devastating invasion, Kelsea did the unthinkable—she gave herself and her magical sapphires to her enemy—and named the Mace, the trusted head of her personal guards, Regent in her place. But the Mace will not rest until he and his men rescue their sovereign, imprisoned in Mortmesne.

Now, as the suspenseful endgame begins, the fate of Queen Kelsea—and the Tearling itself—will finally be revealed.

The Queen of the Tearling series

“Hell? Hell is a fairytale for the gullible, for what punishment could be worse than that we inflict upon ourselves? We burn so badly in this life that there can be nothing left.”

The Fate of the Tearling opens where the last left off, with Queen Kelsea Glynn having sacrified herself, and her magical sapphires, to the Red Queen of Mortmesne in exchange for the safety of her people. Believing she was going to meet an immediate death, Kelsea is most curious when her time on earth continues with each passing day. Even more curious is the fact that her visions of the past continue even without the sapphires in her possession. Instead of seeing the past through Lily’s eyes, this time we see it through a girl named Katie, who just happens to be friends with a young Rowland Finn. The same Rowland Finn who is seemingly invincible, leaving death and destruction in his wake in the present time. As the past and present unfold, Kelsea continues struggling to uncover the truth of how this new knowledge of the past will be the key to fixing both present and future of the Tearling.

I am shocked beyond belief that I ended up enjoying this as much as I did. I’m feeling like a broken record but the first book was a massive disappointment and I really didn’t foresee this getting any better. But better it got, so much. The second book totally switched it up from the first and introduced a dual storyline that was set in the past. There were some technicality issues that I was often questioning but for the most part, the incorporation of the past and present was completely transfixing. I was upset that the story of the past seemed to have come to an end and that it wouldn’t be included in the final story but Johansen figured out a way to remedy that. The story from book two involving Lily was interesting considering how it informed the reader of a past that we weren’t previously aware of, but the story from this installment showed us the past of characters we already knew and gave them a new dimension to think on. The ending has left many readers conflicted but I for one was really impressed at the less than expected ending that Johansen dealt. Fantasy novels can often be concluded practically in a way that is much foreseeable and I applaud her for her boldness to be unexpected.

With this installment, after three years The Queen of the Tearling trilogy comes to a close. Granted, I read the entire trilogy over the course of the last six weeks but I’m incredibly thankful that I did that for a couple of reasons. 1. The first book didn’t go quite so well and if I didn’t have all three to already binge, I might not have gotten around to it and 2. There are so many characters and so many details that taking any sort of break from this trilogy would likely lead to much being forgotten. There’s not much in the way of a recap so I would highly recommend reading both recaps for The Queen of the Tearling and The Invasion of the Tearling just to refresh yourself. Johansen managed to completely win me over with this trilogy and I now not only can’t wait to see the film adaptation but can’t wait to see what she comes up with next. 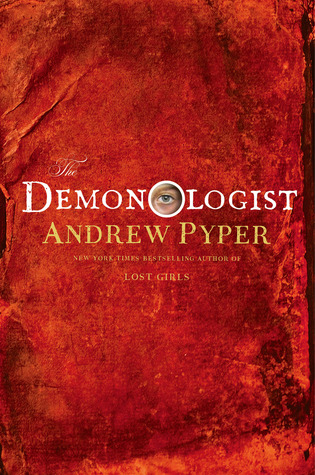