The day has finally come where I’ve found a way to combine my love of books and metal. 😂

I found a surprising amount of book titles that would fully suffice as a proper hardcore band name, but these are the ten I settled on:

It’s safe to say, this has been a rough year. Understatement of the century, amirite? I’ve found myself struggling to focus on reading and continued the struggle from this past year to find my voice again on this blog. But despite my lack of posting, I’ve still discovered an odd assortment of stories that are definitely worthy of praise.

The King of Crows (The Diviners #4) by Libba Bray
I’ve been a huge fan of this series for years and while this final installment seemed far longer than necessary at times, it provided some solid closure. Do yourself a favor and pick up the audiobook: January LaVoy is spectacular.

True Grit by Charles Portis
This was one of the first books I picked up in 2020 and damn, it was a winner. I was upset to hear of his passing in February but I’m grateful to have a few more from his backlist to still enjoy.

Slouching Towards Bethlehem: Essays by Joan Didion
I was always a bit intimidated by Didion’s renowned memoir The Year of Magical Thinking so I opted to delve into some of her essays first just to get a feel for her writing style. Suffice it to say,

Evil Has A Name: The Untold Story of the Golden State Killer Investigation by Paul Holes, Jim Clemente, Peter McDonnell
It has to be said, this isn’t exactly a novel, more like an extremely long podcast episode. Honestly, though I don’t even care. This story was intense, thrilling, and thoroughly compelling. Much like anyone even mildly into true crime, I followed the case of the Golden State Killer closely after he was finally captured after 40 years but this “Untold Story” really shed some light on how his capture came to fruition.

Paper Girls by Brian K. Vaughan
I took the title of this graphic novel series a bit too literal and went into it with certain expectations and basically had my mind blown by the end of the first installment. Let’s just say, it’s far more science fiction and far less a group of girls riding around delivering newspapers.

This Is Water: Some Thoughts, Delivered on a Significant Occasion, about Living a Compassionate Life by David Foster Wallace
I may have stalled out permanently in Infinite Jest, but this accessible reprint of a speech Wallace did in 2005 at Kenyon College is something that has the power to touch people in a multitude of ways.

It’s Okay to Laugh: (Crying Is Cool Too) by Nora McInerny Purmort
I’m not sure what actually possessed me to pick this up but I was intrigued by the author’s ability to turn a tragedy into something transformative and uplifting. It was a powerful and admirable tale. Nora narrates her own audiobook and did an amazing job. I’m not sure if I would’ve found her story in print nearly as compelling.

Plan B: A Novel by Jonathan Tropper
I’ve been an avid Tropper fan since I picked up This Is Where I Leave You at random, not expecting to love it nearly as much as I did. Plan B isn’t Tropper’s greatest, it is his debut, however, it was the last remaining book I had left from his backlist so it’s still special to me and still definitely worth reading if you enjoy his type of storytelling.

Evvie Drake Starts Over by Linda Holmes
I always say that romance stories aren’t my standard fare (give me a psychological thriller or gothic horror any day) but every once in a while you need to mix things up in your reading life and honestly, sometimes I just need a little fluff in my life. This one was a winner.

I’m obsessed with Homeland. I’m usually always late to the party when it comes to shows, but I’ve watched Homeland since it first aired back in 2011 and I’m so very sad to be in the middle of the last season.

Because of how much I love the politics, the characters, and the dynamics, I’ve had a massive influx of TBR additions (and a couple of shows too) that can hopefully satisfy the void I’m fully anticipating.

Non-Fiction
The Unexpected Spy: From the CIA to the FBI, My Secret Life Taking Down Some of the World’s Most Notorious Terrorists by Tracy Walder & Jessica Anya Blau
The Spy and the Traitor: The Greatest Espionage Story of the Cold War by Ben Macintyre
Ghost Wars: The Secret History of the CIA, Afghanistan & Bin Laden from the Soviet Invasion to September 10, 2001 by Steve Coll

Romance is far from my go-to genre, but I do partake occasionally. And when I actually look at my shelves, I’ve read far more than I realize. But typically, I’m more like:

But, of course, this is the week that everyone wants to talk about romance. The following is my list of romances (and all its sub genres) that are ones that I recommend most and would be a great starting point for those looking to branch out into a new genre.

A Court of Mist and Fury (A Court of Thorns and Roses #2) by Sarah J. Maas [Purchase]
Phoenix Unbound (Fallen Empire #1) by Grace Draven [Purchase]
The Winter King (Weathermages of Mystral #1) by C.L. Wilson [Purchase]
The Golden Dynasty (Fantasyland #2) by Kristen Ashley [Purchase]
A Discovery of Witches (All Souls Trilogy #1) by Deborah Harkness [Purchase]

I have been staying on top of the 2020 releases a bit more closely than I typically do, and as such, my not-released shelf is out of control. And there’s SO much good stuff! I had so many I honestly thought I’d be able to break down my most anticipated for the year into quarters, but I restrained myself. It’s just when you pair that with the other various bookish resolutions I tend to make that involve tackling my entire backlist, it just doesn’t seem reasonable that I’m going to be able to read everything. Trying to find the balance between staying on top of the new releases and continuing to chip away at a backlist tbr that you’ll never have enough time to complete is rough. But here are ten being released in the first half of this year that I’m extra excited for.

What are you looking forward to most in the next few months? 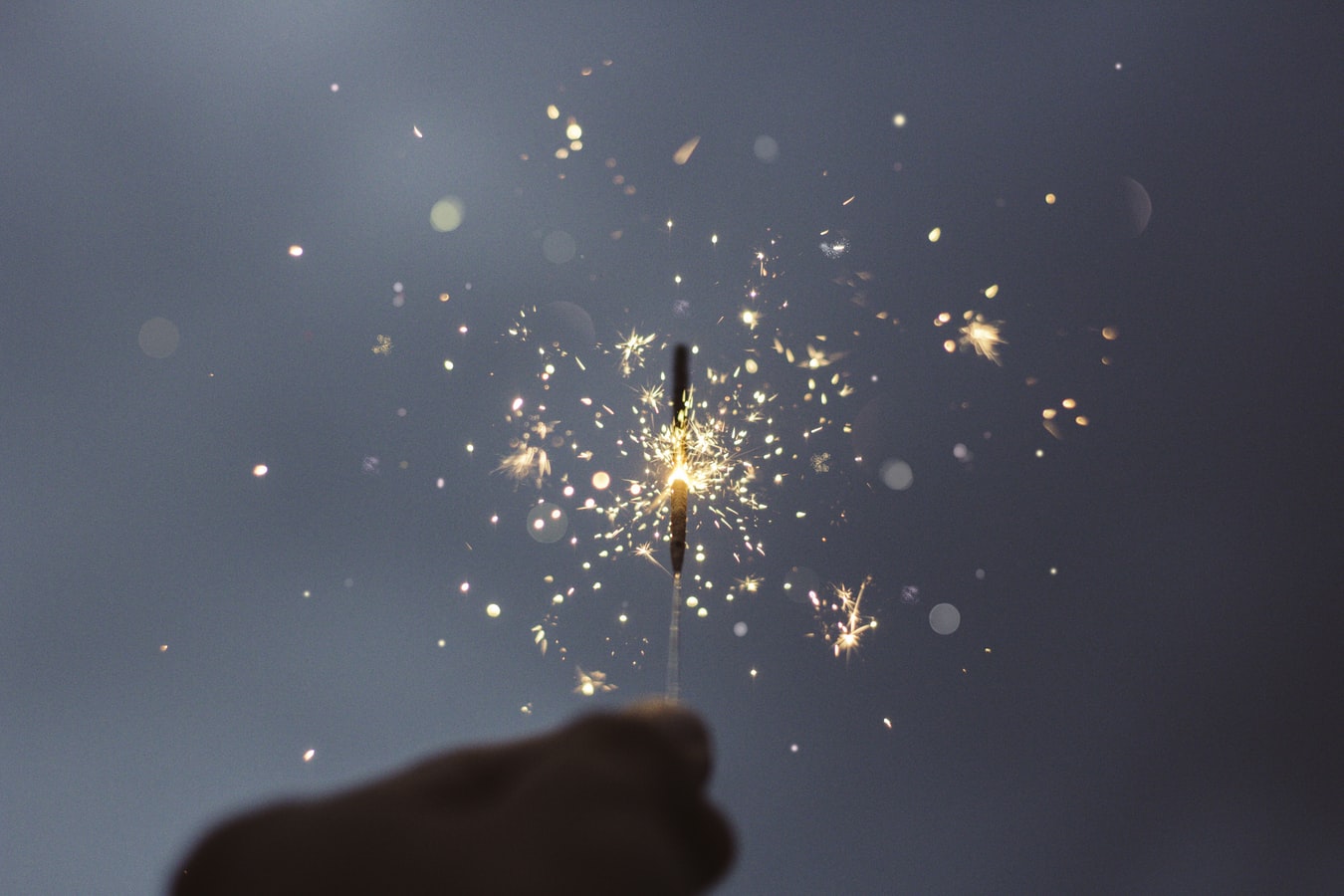 I always wait until the last possible minute to compile my best-of lists because I’m always holding out hope that I’ll read something truly amazing, possibly on the last day of the year. I’ve still got a handful of books that I hope to complete before the clock strikes midnight but these are the ten I came up with for now. I picked these a little differently this time. Instead of filtering for the highest-rated I chose instead to scroll through my full list and pick the ones that caused immediate remembrance of their brilliance. It’s kind of interesting how a few of these didn’t garner the highest of ratings after completion but still left a major impression on me. In no particular order…

We Sold Our Souls by Grady Hendrix
Recursion by Blake Crouch
Small Spaces (Small Spaces #1) by Katherine Arden
Evil Has A Name: The Untold Story of the Golden State Killer Investigation by Paul Holes
It’s Okay to Laugh: (Crying Is Cool Too) by Nora McInerny Purmort

What are your favorite reads of the year?

I don’t know what the weather is like where you are but it’s definitely a bundle up on the couch with a good book weather here!

In the last few weeks of the year/decade, I’ve been trying to finally get around to at least a few of those 2019 releases before I become completely inundated with the 2020 books that are already rolling in. Here are a few that I’d still like to finish and a few early 2020 releases I’d like to get a head start on

My Lovely Wife by Samantha Downing
The Tyrant’s Tomb (The Trials of Apollo #4) by Rick Riordan
To Be Taught, If Fortunate by Becky Chambers
The Girl He Used to Know by Tracey Garvis Graves
A Wedding in December by Sarah Morgan

What are you planning on reading this season? 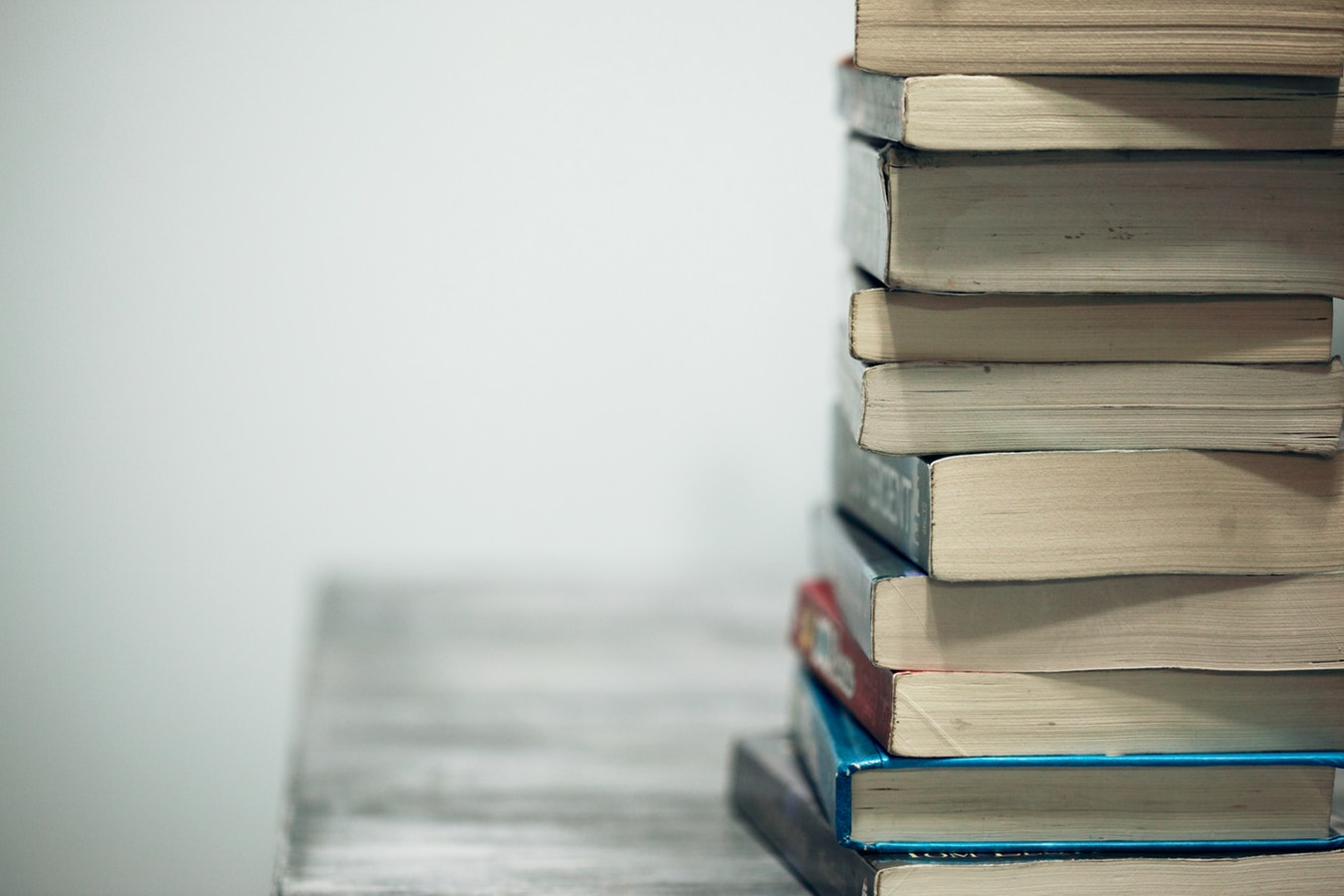 Today’s topic is about all the upcoming goodness being released in the second half of the year. Yes, we’ve already reached the halfway point, people. Crazy talk, I know. I for one am looking forward to quite a lot of releases and had a bit of a struggle narrowing it down to 10, but that’s far from the worst problem to have. What are you anxiously awaiting the release of this year? 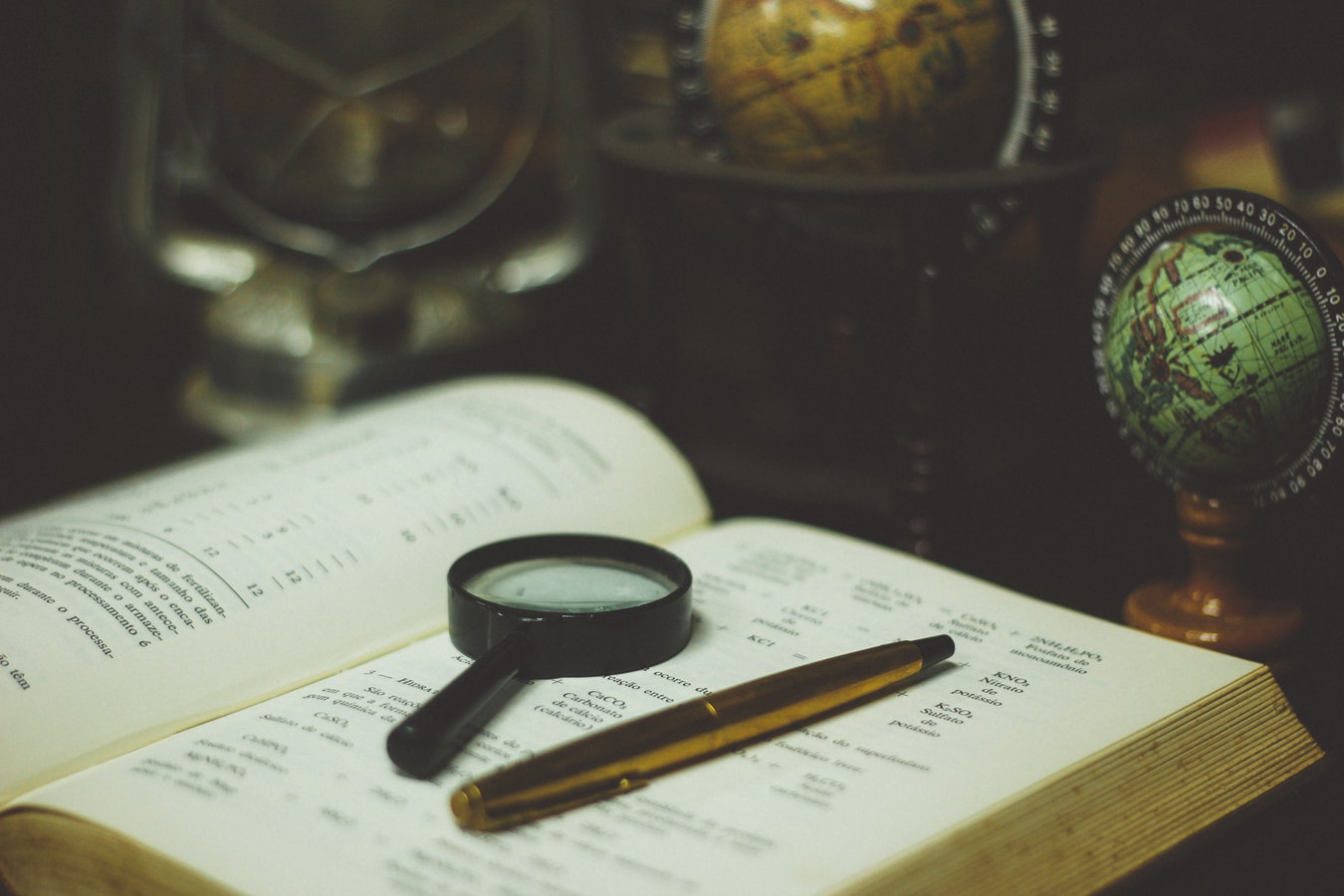 When I was a teenager, I read a lot of police procedural novels. This segued into a love of mysteries in general, but police procedurals were my jam because I harbored dreams of one day being an FBI agent or a forensic scientist… I would have even settled for a private investigator. Basically, just your average badass that puts bad guys away. While my life has not gone as planned, and I don’t read nearly as many mysteries as I used to, I still have a deep love for police procedurals and really oughta incorporate them more into my reading. These are some of my favorites from over the years.

Blindsighted (Grant County #1) by Karin Slaughter
The Child Finder (Naomi Cottle #1) by Rene Denfeld
The Thousand-Dollar Tan Line (Veronica Mars #1) by Rob Thomas, Jennifer Graham
The House of Silk (Sherlock Holmes #1) by Anthony Horowitz
The Power of the Dog (Power of the Dog #1) by Don Winslow 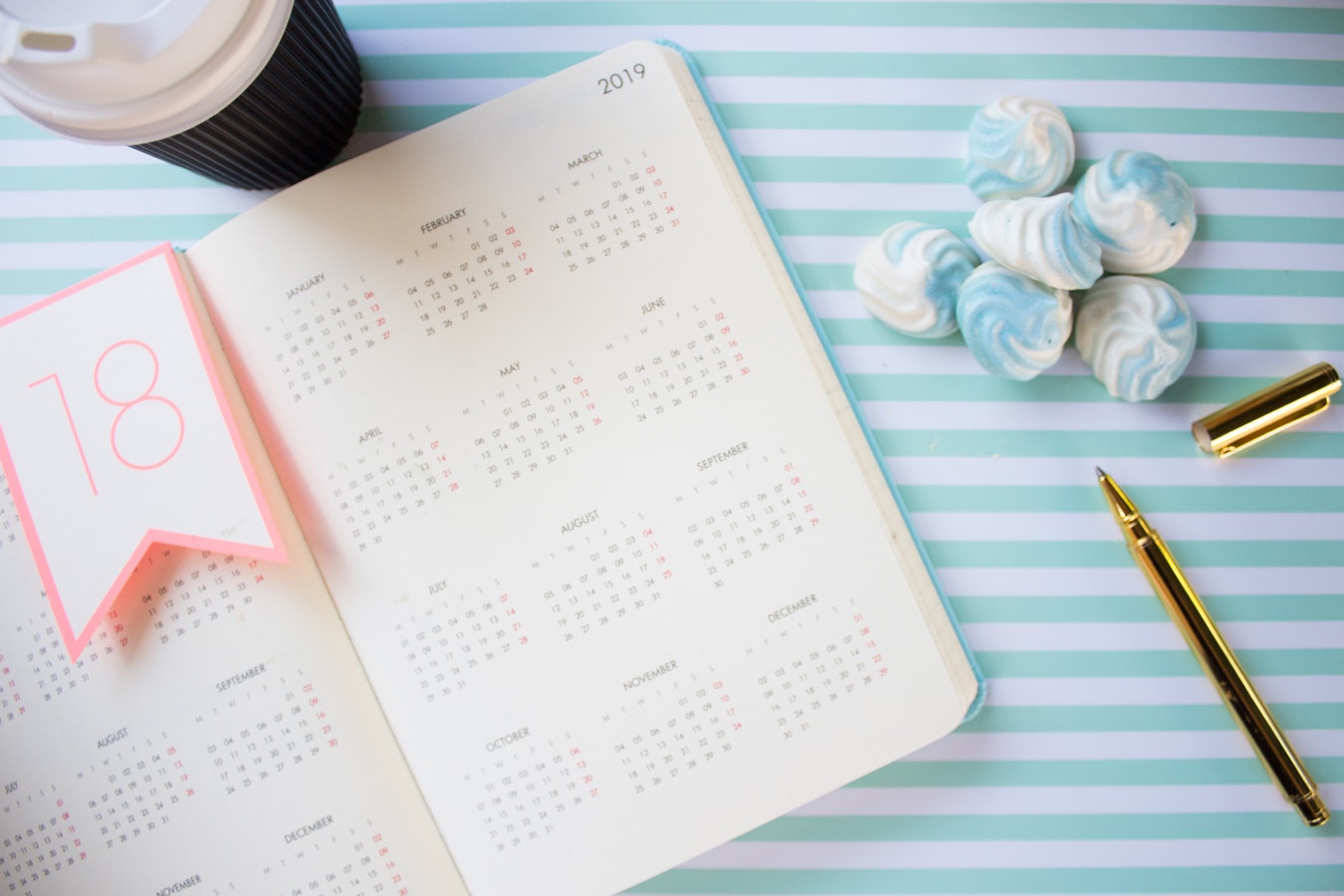 I’ve only been on Goodreads since 2011 so, fortunately, I didn’t have to completely rely on my memory to remember what books I read what year. Honestly, what did we do before Goodreads? It was so much fun to scroll through and look at what I’ve read the last decade but crazy to think how long it’s been since I’ve read certain titles. I pulled up my old End of Year surveys and it was interesting to see what I had picked as my favorite for the year and how I ended up changing some because some titles just resonate more with me to this day. 2011 was an awesome year of reading and was by far the hardest favorite to pick. Oddly enough, that was the year I joined Goodreads so that’s totally thanks to finding a whole slew of people I call friends and getting their amazing recommendations. Without further ado, these are my last decade of favorites.

2016: The Thief of Always by Clive Barker

2013: The Devil All the Time by Donald Ray Pollock

2012: The Secret History by Donna Tartt

2011: The Collector by John Fowles

2009: The Wood Wife by Terri Windling