After besting (and arresting) a ruthless silk factory owner and his gang of thugs in Girl Waits with Gun, Constance Kopp became one of the nation’s first deputy sheriffs. She's proven that she can’t be deterred, evaded, or outrun. But when the wiles of a German-speaking con man threaten her position and her hopes for this new life, and endanger the honorable Sheriff Heath, Constance may not be able to make things right.

Lady Cop Makes Trouble sets Constance loose on the streets of New York City and New Jersey--tracking down victims, trailing leads, and making friends with girl reporters and lawyers at a hotel for women. Cheering her on, and goading her, are her sisters Norma and Fleurette--that is, when they aren't training pigeons for the war effort or fanning dreams of a life on the stage.

Based on a true story, Girl Waits with Gun introduced Constance Kopp and her charming and steadfast sisters to an army of enthusiastic readers. Those readers will be thrilled by this second installment--also ripped from the headlines--in the romping, wildly readable life of a woman forging her own path, tackling crime and nefarious criminals along the way.

“‘Lady Cop Makes Trouble.’ That’s our headline.”
“Am I making trouble for the sheriff or the criminals?” I asked.
“Both, at the moment. You’ll be famous either way.”

The year is 1915 and Constance Kopp couldn’t be more pleased with her new role as the first female deputy in Bergen County, New Jersey. Her happiness comes to a crashing halt when Sheriff Heath advises her that the law allowing women to be police officers doesn’t necessarily apply to women deputies and that there must be a legal precedent in order for her to keep her job. Until that precedent can be found (or until Sheriff Heath decides to set his own precedent) Constance is given the role of jail matron in charge of the female prisoners. To make matters worse, a prisoner escapes from her watch and not only is she facing serious trouble but due to a law of the time, the Sheriff may actually be jailed in the escaped prisoner’s place. Constance admits full blame for her error but instead of wallowing in the loss of the future she dreamed for herself, she decides to get out there and find the prisoner and right a wrong.

Lady Cop Makes Trouble was yet another captivating and enticing story and Constance is even more of a charismatic character. Fascinating and incredibly memorable, Constance Amelie Kopp was a real woman in history that was credited as being one of America’s first female deputy sheriffs. The story has been embellished making this a work of fiction, however much of it still remains true. She really did go after an escaped prisoner by the name of Dr. von Matthesius, she was responsible for a major arrest during the investigation, and the three boys which brought Dr. von Matthesius to the attention of the authorities were also real individuals from history. The blending of both fact and fiction emphasizes what a thorough amount of historical research was conducted to bring such an enigmatic character to life.

What was most enticing about this installment was how realistic the story portrays detective work. It showed the long nights standing on cold streets waiting for suspects to make an appearance, the time spent waiting for trial, and running out of leads and being unsure of what to do next. Sure, that may seem boring and tedious especially when it comes to having to actually read about it, but it was all just so refreshingly genuine feeling compared to mysteries where everything goes perfectly. I for one had many childhood aspirations of someday being a detective and solving crimes (this can be mostly blamed on Nancy Drew and X-Files) and while Nancy Drew and Dana Scully are perfectly acceptable role models, Constance Kopp is the real deal. I anxiously await future adventures from the inspirational Constance Kopp.

Thanks to the wonderful individuals over at Houghton Mifflin Harcourt, I have a copy to share with one lucky reader! Leave a comment expressing your interest in this story to enter!

This giveaway is open to US and Canada residents and will end on September 20th, 2016. 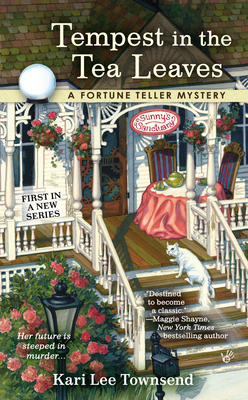 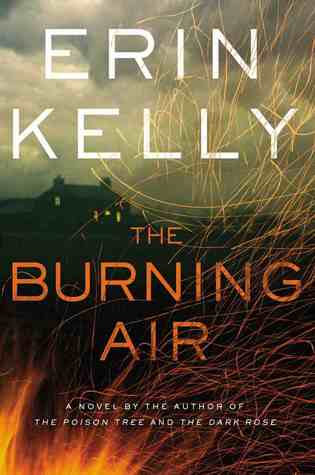