A haunting debut novel about a mixed-race family living in 1970s Ohio and the tragedy that will either be their undoing or their salvation.

Lydia is dead. But they don't know this yet....

So begins the story in this exquisite debut novel about a Chinese American family living in a small town in 1970s Ohio. Lydia is the favorite child of Marilyn and James Lee; their middle daughter, a girl who inherited her mother's bright blue eyes and her father's jet-black hair. Her parents are determined that Lydia will fulfill the dreams they were unable to pursue - in Marilyn's case that her daughter become a doctor rather than a homemaker, in James' case that Lydia be popular at school, a girl with a busy social life and the center of every party.

When Lydia's body is found in the local lake, the delicate balancing act that has been keeping the Lee family together tumbles into chaos, forcing them to confront the long-kept secrets that have been slowly pulling them apart. James, consumed by guilt, sets out on a reckless path that may destroy his marriage. Marilyn, devastated and vengeful, is determined to find a responsible party, no matter what the cost. Lydia's older brother, Nathan, is certain the neighborhood bad boy Jack is somehow involved. But it's the youngest of the family, Hannah, who observes far more than anyone realizes - and who may be the only one who knows the truth about what happened.

A profoundly moving story of family, history, and the meaning of home, Everything I Never Told You is both a gripping pause-resister and a sensitive family portrait, exploring the divisions between cultures and the rifts within a family and uncovering the ways in which mothers and daughters, fathers and sons, and husbands and wives struggle, all their lives, to understand one another.

‘Before that she hadn’t realized how fragile happiness was, how if you were careless, you could knock it over and shatter it.’

Lydia is the third child of Marilyn and James Lee and is undeniably their favorite. Her absence from breakfast one morning arouses suspicion but never would they have imagined that her body would be found at the bottom of the lake near their house. Lydia’s death, while tragic, ends up being the catalyst for unveiling the multitude of issues within the Lee household. The year is 1970 and the steps that led to this tragedy began over a decade ago when Marilyn, a white woman from Virginia, and James, a first-generation Chinese-American, married despite the ill opinions on their interracial relationship. When Marilyn gets pregnant, she gives up her dream of becoming a doctor and instead devotes her time and energy to Lydia so that one day she can become what Marilyn could not, never stopping to consider what Lydia actually desired. James, after a difficult life of always being the outsider, he constantly pushes his children to fit in and be social so they never have to experience what it’s like to be an outsider. We may know from the very first sentence that Lydia is dead, but the path that brought her to this point remains a mystery. Ng rewinds to the very beginning and allows Lydia’s story to finally reveal the truth that she never dared speak aloud.

‘It would disappear forever from her memory of Lydia, the way memories of a lost loved one always smooth and simplify themselves, shedding complexities like scales.’

I have had this book on my shelf for an obscenely long time simply because family dramas usually possess suburban type spectacles that I’d rather do without. But this book had depth, it had the most well-written characters that I have read in recent memory, it had a captivating storyline, and it completely broke my heart. Ng gracefully unmasks the secrets kept by the Lee’s and their two surviving children, Nathan and Hannah, through multiple storylines without it once getting convoluted. Marilyn and James’ lifetime of broken dreams and of the racism that they faced is egregious, but it’s their complete lack of familiarity and understanding with one another and their own children that was truly terrible. The emotional intricacy of this superbly written tale and the devastating ending will resonate with me for a long time to come.

“Did anyone really know their child? Your child was a little stranger, constantly changing, disappearing and reintroducing himself to you. New personality traits could appear overnight.”

In the coastal seaside town of Pirriwee, everything and everyone is covered in a thin veneer of gloss, though it only does so much to hide the imperfections underneath. And the fact that someone is dead after Trivia Night at the local school goes terribly wrong. But who it is and how it happened remains a mystery… or so it seems.

Madeleine’s youngest child is entering kindergarten, but so is her ex-husband’s daughter. The ex-husband that left her and their baby girl to survive on their own fifteen years prior. Celeste, a stay at home mom, and her husband Perry, a hedge fund manager, are the parents of twin boys and they live in a palatial house on the beach. Things definitely look perfect from the outside but Perry has an uncontrollable anger problem that is only getting worse. Jane is a single mom who’s little boy Ziggy was the product of a one-night stand; a one-night stand that left her mentally scarred and unable to heal. The adults all have their fair share of drama going on but to make matters worse there is a terrible ongoing situation of bullying happening at the kids’ school and the truth is far from easy to ascertain. Family drama, infidelity, domestic abuse, and bullying are all adequate plot points on their own but Big Little Lies combines them all for an intense story about the imperfections that many endeavor to hide from the world.

“They say it’s good to let your grudges go, but I don’t know, I’m quite fond of my grudge. I tend it like a little pet.”

This is my first Moriarty book and I’m still struggling to establish whether I actually liked it. The mystery and the anticipated big reveal was all that kept me going because the writing style felt very haphazard and slightly sloppy, written in a flippant and emotionally disjointed way. I would understand that demeanor for some of her characters, but everyone is written in such a way. The story starts off with a Quentin Tarantino type hook: someone is dead but you don’t know who it is and you don’t know what led up to this point. Now, let’s rewind it to six months before the death and go back through everything with a fine-tooth comb. Let’s also intersperse it with gossiping mothers (and the occasional father) who are all convinced it has something to do with a shocking affair, or it was because of some fight that happened between a couple of mothers months back on the playground, or maybe it was when one of the kids handed out birthday invitations to all but one child, or maybe it was Madeleine’s Erotic Book Club. Absolutely no one has any clue what’s actually going on.

Okay, so basically if you didn’t guess, I gave zero fucks about their petty squabbles. But still, I zoomed through these 460 pages (honestly, that many pages were completely unnecessary). While the mom drama is pretty horrifying in the heavy doses we’re given, it’s despairingly accurate, I know because I have had to personally refuse to participate in that shit (fuck the PTA, honestly). There is also this constant veil of humor over everything, despite the seriousness of a few of the storylines, and I can’t say that I liked it, especially when the domestic abuse storyline had me breathing like I needed a paper bag. Moriarty’s stand against domestic violence isn’t handled poorly (although it could have been handled better), I just felt that the inclusion of comic relief in the story to lessen the seriousness only ended up leaving a bad taste in my mouth. View Spoiler »Especially when their five-year-old child witnessed the abuse and replicated that behavior towards girls on the playground. « Hide Spoiler Many readers may be pleased to have this comic relief to lighten the seriousness of domestic abuse, bullying, and infidelity, but I for one could have done without it. All it managed to do was lessen the depth and seriousness of these grim issues.

Waiting on Wednesday – Limetown: The Prequel to the #1 Podcast by Cote Smith, Zack Akers, Skip Bronkie 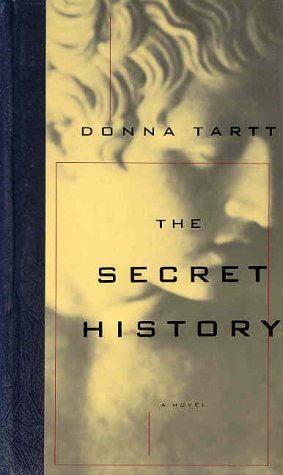