Also by this author: Creep

From the author of the acclaimed suspense novels Creep and Freak and whom Jeffery Deaver has praised as a "top of the line thriller writer," The Butcher is a high-octane novel about lethal secrets that refuse to die—until they kill again.

A rash of grisly serial murders plagued Seattle until the infamous "Beacon Hill Butcher" was finally hunted down and killed by police chief Edward Shank in 1985. Now, some thirty years later, Shank, retired and widowed, is giving up his large rambling Victorian house to his grandson Matt, whom he helped raise.

Settling back into his childhood home and doing some renovations in the backyard to make the house feel like his own, Matt, a young up-and-coming chef and restaurateur, stumbles upon a locked crate he’s never seen before. Curious, he picks the padlock and makes a discovery so gruesome it will forever haunt him… Faced with this deep dark family secret, Matt must decide whether to keep what he knows buried in the past, go to the police, or take matters into his own hands.

Meanwhile Matt’s girlfriend, Sam, has always suspected that her mother was murdered by the Beacon Hill Butcher—two years after the supposed Butcher was gunned down. As she pursues leads that will prove her right, Sam heads right into the path of Matt’s terrible secret.

A thriller with taut, fast-paced suspense, and twists around every corner, The Butcher will keep you guessing until the bitter, bloody end.

JENNIFER HILLIER writes thrillers. She writes about dark, twisted people who do dark, twisted things. She will not apologize for this. ​

Born and raised in Toronto, she moved to Seattle in 2007, where she spent her first few months on American soil bemoaning her existence and writing her first novel. Now back in the Toronto area, she's working on her third book and missing the rain of the Pacific Northwest.

A member of International Thriller Writers, Mystery Writers of America, and the International Association of Crime Writers, Jennifer has always been drawn to dark fiction, even though she's scared of all things that go bump in the night.

CREEP, her debut thriller, is available now in all formats everywhere.

FREAK, her second novel, is out now in the US and Canada.

I have yet to get my hands on ‘Freak’ by Jennifer Hillier but I read ‘Creep’ and if you’re a fan of psychological thrillers it’s one you shouldn’t miss. I love the concept of The Butcher, sounds fantastically creepy! 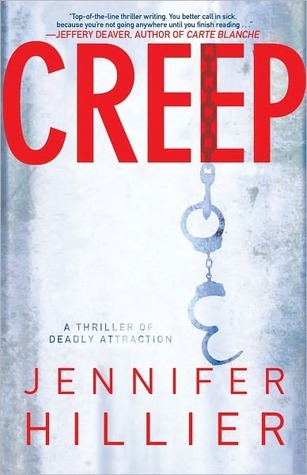 Early Review – All the Rage by Courtney Summers

Book Review – The Panopticon: A Novel by Jenni Fagan

9 Responses to “Waiting on Wednesday – The Butcher by Jennifer Hillier”